For most hunters, the arrival of spring means waiting six months for hunting seasons to start again. While that might be bad news for your meat freezer, it can be good news for your wallet once you recognize the value available to you. While most of the savings you can look forward to come in the form of supplies and essentials, other opportunities are available as well.

As with most retail stock, many major store chains and suppliers will be in a hurry to unload any unsold merchandise, making it possible to get extremely large discounts. This can apply to feed, ammunition, scents, calls, and gear, so be on the lookout for fliers and in-store notices of reduced prices. Anything that can't be sold is normally returned to the supplier anyway, so it's in the best interest of the retail location to get whatever profit they can from their existing stock.

In some cases, these clearance events can also include more critical gear, such as rifles, firearm maintenance supplies, and hunting blinds. While every store differs on their final amounts, it's not unheard of for a store to sell off remaining stock at cost, or at a loss, simply to make space in their store room. Since most of what is being sold is either non-perishable or has a substantial shelf-life, you're not sacrificing anything by stocking up for the fall.

While post-season clearance sales are fairly common, you may have to do some additional research to make advanced hunting reservations for the fall. However, many services exist that put hunters in contact with land owners, allowing both to make arrangements on their own time-tables. Making a reservation, six months early, for a hunting trip in deer season might seem like a long way to go, but you can often get better prices when demand is low.

Since every state is different where it concerns hunting regulations and how they apply to privately owned land, you may even be able to arrange an off-season hunting trip. Not only will you often end up spending less, you also won't have to worry about crossing paths with other hunters as frequently. Consult with the land owner, and your state's fish and wildlife department in order to be certain that you're not violating any regulations though.

Just because hunting season is over doesn't mean you should stop thinking about it. Many opportunities remain, and not all of them involve simply restocking your supplies after the season has ended. 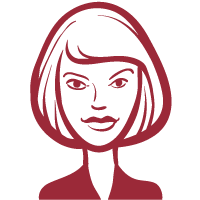 My sweet husband and I are building a large addition onto our home. While the construction process takes place, we’re also enjoying shopping for some beautiful furniture to fill our new space with. I absolutely adore shopping for desks, sofas, bar stools, and chaise lounges at local furniture stores. Do you desperately need to fill up a new home with furniture? Consider visiting several furniture stores in your area on the same day. Take notes at each retail outlet you shop at. You might even wish to make pictures of items you’re particularly interested in. On this blog, I hope you will discover valuable tips to help you select furniture you’ll want to cherish for a lifetime. Enjoy!